Robby Carrillo is a drummer based in Phoenix, Arizona. He began playing music professionally at age 16 in high school with the Yuma Jazz Quintet. Carrillo attended Arizona State University in 2010 where he received the jazz bird scholarship and studied jazz performance and composition under Dom Moio and Michael Kocour. While at ASU, Carrillo had the opportunity to perform such greats as Joe Lovano and open for Benny Golson in Chicago at the famed Jazz Showcase.

Currently, Carrillo is an in demand drummer in the Phoenix area where he resides with his wife and sons. He has played with such notable and talented musicians as Fred Forney, Michael Kocour, Armand Boatman, Marty Ashby, Charles Lewis and many others. He is also an in demand studio drummer currently working at Topkat Studios in Tempe, Arizona.

Carrillo is currently the drum set instructor at Mesa Community College and Arizona Christian University and continues to work in the Phoenix music scene whenever possible. 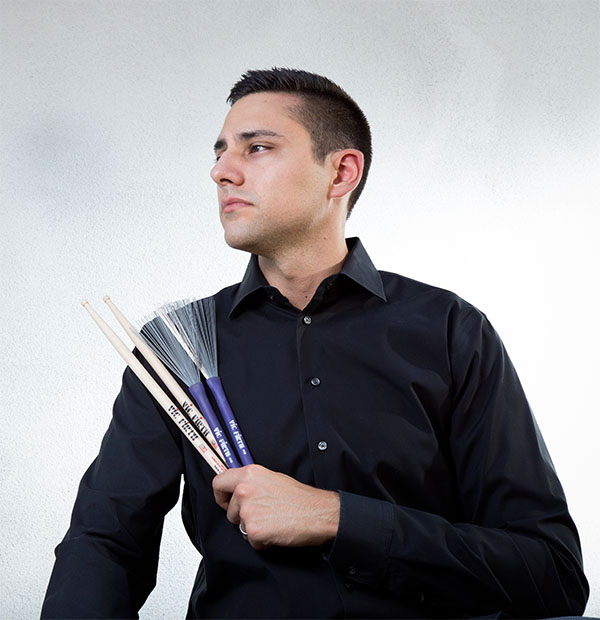